Las Vegas is known as the entertainment capital of the world and is situated in the midst of the southern Nevada desert landscape. The city offers everything from casinos to a wide variety of live entertainment, and has earned its name as Sin City due to its tolerance of adult entertainment.

Las Vegas is one of the top three leading destinations in the United States for conventions, business, and meetings. Major corporate headquarters located in Las Vegas include Allegiant Air, RE/MAX, Southwest Gas Corporation and Zappos.com. Las Vegas  has many mega casino-hotels, decorated with lavish care and attention to detail to create a fantasy-like atmosphere.

Visitors can enjoy all kinds of wholesome family attractions including amusement parks such as Adventure Dome at Circus Las Vegas , indoor skydiving at Vegas Indoor Skydiving , indoor play centers designed for children such as Kids Quest.

Famous Vegas attractions include the world’s largest glass sculpture, located at the Bellagio Hotel; Fremont Street Experience with its illuminated ceiling that offers free nightly shows; an extravagant show at the Fountains of Bellagio; Gondola Rides at The Venetian; a fall of simulated rain at the Forum Shops at Caesars; volcanoes at The Mirage; and the Eiffel Tower Experience.

Las Vegas is home to several museums, including the Neon Museum, which preserves a collection of neon signs from Las Vegas’ mid-20th century heyday. It also serves as a visitor center for the city’s Historic Core and Boneyard. Other museums in the city include the Las Vegas Natural History Museum, the DISCOVERY Children’s Museum, and the Old Las Vegas Mormon Fort.

Airlines That Fly to Las Vegas

Las Vegas is one of the most popular tourist destinations in the world, and it is certainly at the top of the list for domestic tourists in the United States. Every day of the week, most major airports have flights to Vegas. Southwest, American Carriers, United, Spirit, Frontier, Sun Country, and Delta are just a handful of the airlines that fly straight to Vegas.

How do you get the cheapest rooms in Vegas?

Discounts and promotions are a great way to get cheaper rooms in Vegas. You can often find discounts for hotels online or through flylooper.com. You can also sometimes find discounts at the hotel itself. Be sure to ask about any promotions or discounts that might be available.

Another way to get cheaper rooms in Vegas is to book during the off-season. The prices of hotel rooms tend to be lower during the months of January and February, as well as during the summer in August. If you can travel during these times, you’ll likely be able to get a cheaper room. Try to stay in Las Vegas from Monday to Friday and avoid weekends, they are more expensive.

If you want to save money on a Vegas trip, you’ll have to search for deals. There are several ways to do this:

Are you the kind of lazy person who goes straight to Expedia and does a quick search on the package section to book your stay in Las Vegas?

I have bad news for you. It’s the best way to waste your money and pay too much for a trip to Las Vegas.

Let me show you the difference when you book a trip to Las Vegas as a package.

And now see how much you can save when you use FlyLooper to separately book your trip to Las Vegas with a flight, then a hotel. 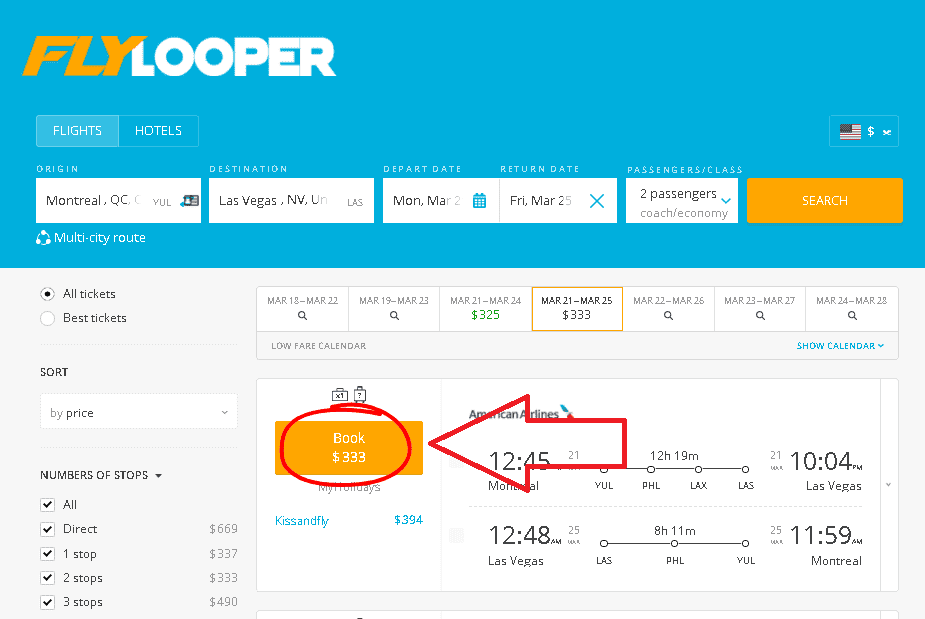 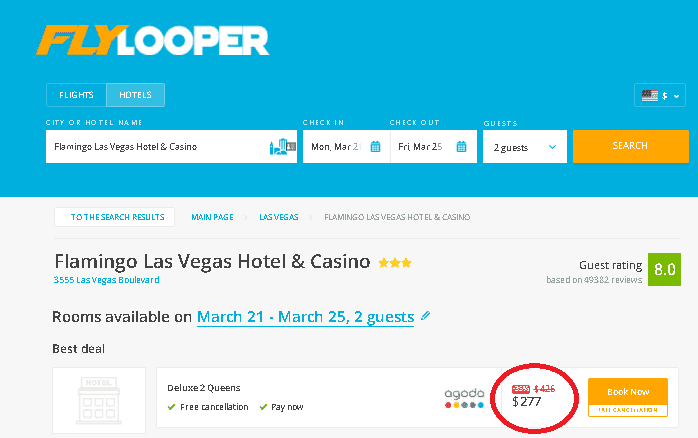 The best budget hotel in Las Vegas? There are plenty of cheap hotels that won’t break your bank and are close to the Strip. Before you book, make sure you’re getting a good deal by checking out the prices below:

What hotels have pools for kids in Las Vegas?

There are many hotels in Las Vegas that have pools for kids. The following list is a good starting point:

What’s the best free thing to do in Las Vegas?

The best free thing to do in Las Vegas is probably to see the shows. The Bellagio fountain show is famous, and you can watch it from most locations on the Strip, including at the Bellagio itself. It’s a good bet that you will stop here at least once during your vacation, so don’t forget to bring your camera!

The second-best free thing to do in Las Vegas is probably about as close as you can get for free: walk through Caesars Palace (or any hotel). If you enjoy architecture and architecture photography, this would be a great way of seeing some amazing buildings without having to pay much or anything at all!

If you’re looking for an affordable hotel in Las Vegas,  while the city is known for its luxury resorts, there are many budget-friendly options available. You just have to know where to look! 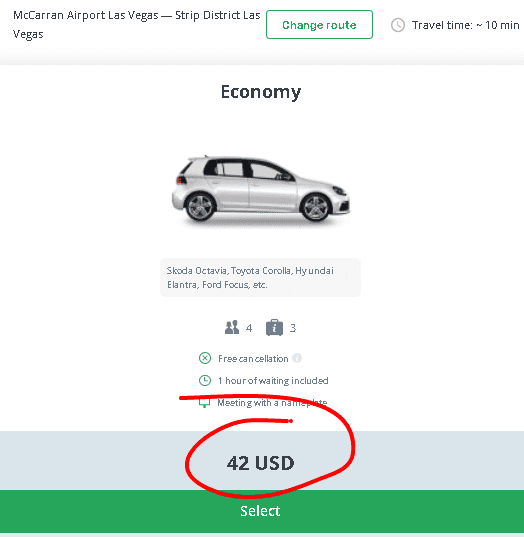 Best thing to do in Las Vegas? 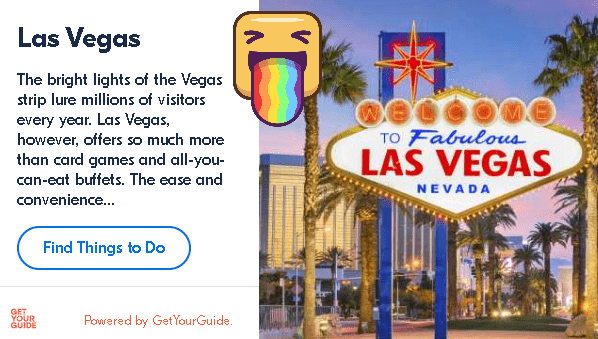 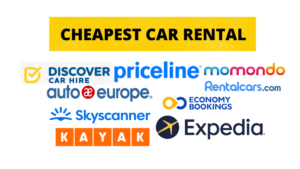 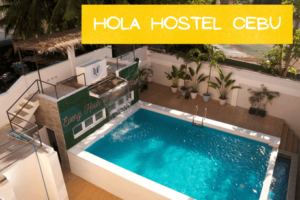